Alternative to AutoCAD 360 App for iPad

Looking for an alternative to the AutoCAD 360 app for iPad? Look no further than ArcSite.
ArcSite is easy-to-use mobile CAD software that was developed to save you time, money and hassle.

Read on to learn why ArcSite is the best alternative to the AutoCAD 360 app for iPad and how ArcSite’s founders began their mission to create the most ideal CAD app for construction professionals, engineers, architects and more. 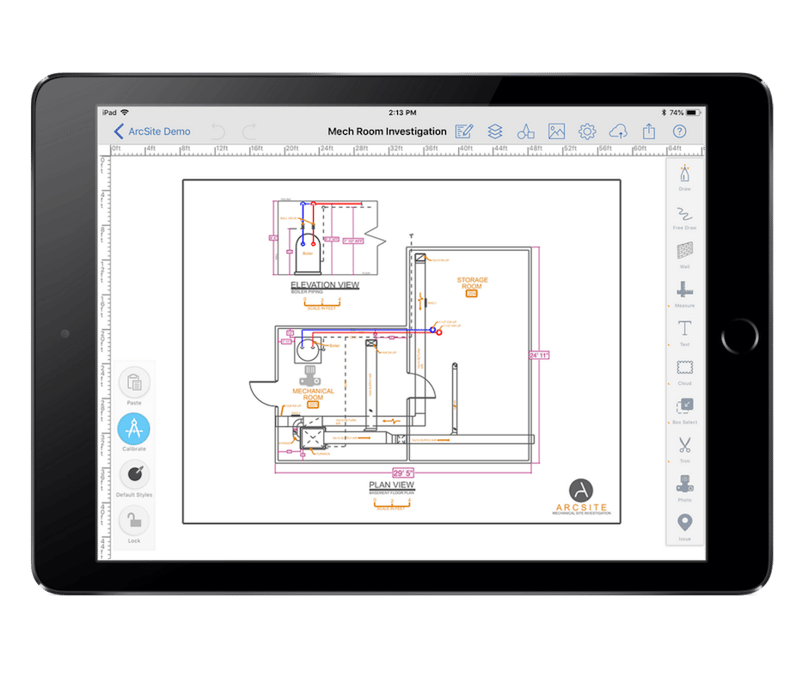 ArcSite, the Best Alternative to AutoCAD 360

How the ArcSite CAD App for iPad was Founded

ArcSite was born when two former AutoCAD developers realized the shortcomings of traditional CAD software and looked toward the future of mobile CAD drawing.

Did you know that AutoCAD 360 was built as an extension of the traditional desktop system to give users access to AutoCAD software on their mobile devices? ArcSite’s founders acknowledged the limitations of such an approach and set out to develop a mobile-first approach to CAD drawing software.

ArcSite was deliberately built with a clean user interface. This means that you aren’t facing a clunky toolbar or wasting time searching around for a specific feature. Everything is marked with symbols that are easy to recognize, and tools that are easy to operate.

This means that any member of your team can use ArcSite as an alternative to the AutoCAD 360 app for iPad, and they won’t need to spend significant time adjusting to a new CAD platform. It’s really that intuitive.

With ArcSite, we left out the non-critical features and only included what most professionals in your field use. This means you get flexibility within the most important CAD features.

Need an example? We built a full library of shapes (or blocks) that are commonly used, plus we provide a space for you to easily create and save your own custom shapes and blocks. These are also made available to anyone on your project team who needs to co-edit drawings with you.

In the AutoCAD 360 app, blocks are a hassle. For uploaded CAD files, there is no block library available to you, and you can only with blocks if they already exist on your imported CAD file. Only when you create a CAD drawing from scratch in the AutoCAD iOS app can you choose from a few blocks they make available. There is no ability to create custom shapes.

Can you see how AutoCAD 360 (an extension of the desktop version) feels more like an afterthought than a true mobile CAD app, lacking critical functionality?

Not only is ArcSite the ideal alternative to the AutoCAD 360 app for iPad due to its ease-of-use and simplicity, but its intelligence leaves nothing to be desired.

Unlike AutoCAD, ArcSite offers users a real-time constraint system, which means you can draw a line such as an arc with your finger or stylus, and the app automatically translates it into a perfect arc. This result takes several steps in traditional desktop CAD software. ArcSite is the first and only CAD drawing app for iPad that translates freehand sketches into precise geometries in real-time.

Best of all, you do still have the power to manually adjust dimensions and degrees.

If freehand shape-recognition technology isn’t enough, you’ll love that you can easily create custom forms, estimates, takeoffs, punch lists, and more, all from the data associated with your CAD file. ArcSite saves users an average of 80% of the time on plan creation.

ArcSite is built for easy and lightening-fast collaboration. Invite team members to co-edit a drawing in real-time from wherever they are—in the field or at the office. With our app, you can view what changes were made and who made them. This saves time in correspondence and eliminates the guesswork.

Send your drawings and takeoff documents to your project team or stakeholders within a couple of taps of your iPad screen.

Perfect as a Sales Tool

The flexibility that comes with ArcSite makes it the top alternative to the AutoCAD 360 app for iPad (and desktop). The ability to create clean and professional drawings of concepts on the go, or while meeting with your clients, will help you close deals faster.

With its ease-of-use and time-saving features, ArcSite will help you beat the competition by facilitating consistency and fast turnarounds. This gives you the upper hand when it comes to winning a bid and fosters client loyalty, making it the best CAD app for iPad.

Start Your FREE Trial or Request a Demo

Curious about ArcSite for aluminum cladding? This case study highlights how one client utilized ArcSite's mobile-first CAD app to improve the...

Arcsite is a mobile cad app for the Ipad that can be used for fire investigations by professionals to create precise drawings on site.